National Personality Award and various cultural programs 2079 were organized on the occasion of entry into the 10th year of establishment of Evergreen World Wide Entertainment. Actress Pradhan was honored at the same ceremony.

After receiving the award at the Film Development Board in Kathmandu on Bhadra 31, actress Pradhan said, “This honor is a very happy moment for me. I am delighted to receive the honor by Nepali filmmaker Neer Shah and accorded by Evergreen World Wide Entertainment . Congratulations to the others who have been honored.

Similarly, many other artists and senior artists were also present in the ceremony. 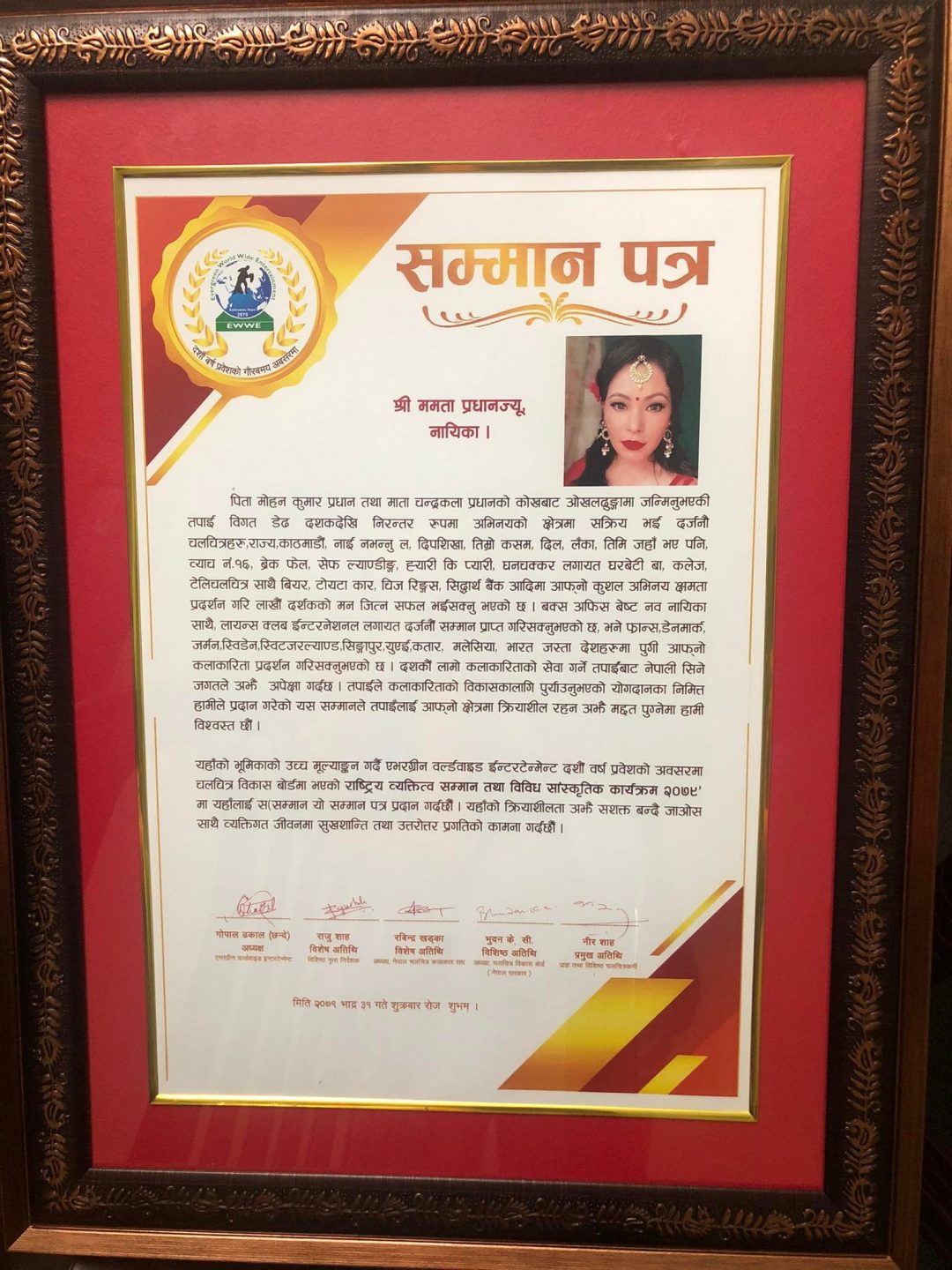 Construction of school building with financial assistance from India