He said that some of the established and planned programs of the SAARC CCI, which was formed as per the SAARC chapter, could not take place as the SAARC ministerial meeting could not be held for a long time. He urged Prime Minister Sher Bahadur Deuba to take it forward with importance in the forthcoming ministerial meeting as Nepal is currently the chair of SAARC.

Vice President Dhakal said that the activities of the private sector should not be viewed from a political point of view. ‘SAARC is the region with 40 percent young people under the age of 40 in the world. We must seize this opportunity and make good use of it. ‘He said,’ The country’s economic sector must be made dynamic. From which the social sector can be transformed. ‘

He said that Nepal should take up the issue of its legitimacy as the SAARC CCI has agreed to assist in exhibiting the country’s identifiable products produced by small and medium enterprises. Vice President Dhakal said that the SAARC CCI would play an important role in turning the potentials among the SAARC nations into opportunities and expanding business. Similarly, President of the Federation of Nepalese Chambers of Commerce and Industry, Shekhar Golchha, said that the government should focus on activating SAARC CCI as the SAARC CCI has done a very good job in recent days, its infrastructure has been established and it has a lot of potential.

In response, Prime Minister Deuba argue, he was positive towards the SAARC CCI. He said that it would be taken forward in detail once the cabinet is completed with the appointment of foreign minister. Prime Minister Deuba told the delegation, “The government will positively advance the agenda you have brought.” SAARC CCI Vice-Chairman Dhakal said the state should play a role in creating a conducive environment for industry and trade and the private sector was ready for cooperation to boost the country’s economy. In response, Prime Minister Deuba assured to move ahead after discussing it in detail. 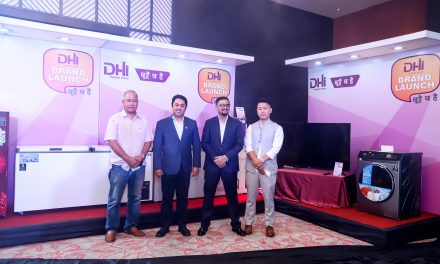